Are You Ready to Be the 100th Monkey?

A few days back, I got a call from a cousin, who happens to be in his mid-30s and recently became a first time father.

He wanted to start a systematic investment plan (SIP) on an equity mutual fund and wanted to know what I thought about it. (He obviously had no idea that last 10 years; I'd worked on a troll farm, where the term SIP stood for Systematic Intimidation Plan). 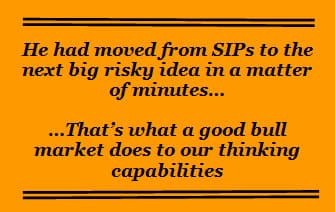 “If you want to start an SIP, you better be invested in it for at least a decade", I replied. Rather grandly.

“But ten years is a long time”, he yelped, making what he thought was a great observation and what I thought was bad small talk.

And if that wasn’t enough, he explained. “I started SIPs five years back. I also started investing in cryptos three years back and have made a good amount of money quickly, and you want me to invest for at least ten years. My hair will be all gone by then. Give me the next big idea. I am willing to take risk.”

He had moved from SIPs to the next big risky idea in a matter of minutes.

That’s what a good bull market does to our thinking capabilities, which aren't worth writing home about, even without the ravages of a bull market.

The rising tide lifts all boats or to put it more simply a beginner’s dumb luck which is a real thing, turns into extreme individual confidence and people start believing that high risk means high returns all the time.

And this makes tremendous psychological sense as well. As William J Bernstein writes in The Delusion of Crowds – Why People go Mad in Groups: “Human beings intuitively seek outcomes with very high but very rare payoffs, such as lottery tickets, that on an average lose money but tantalize their buyers with the chimera of unimaginable wealth.” 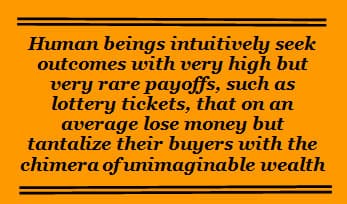 My cousin is no different on this front. He wants to get rich as effortlessly and as quickly as any other person. As the economic historian Charles Kindleberger once famously observed: “There is nothing as disturbing to one’s well-being and judgement as to see a friend get rich.”

Or, as a character puts it in the cult movie, 3 Idiots: “If your friend fails in an exam, that causes great pain to you. But it's nothing compared to the pain you feel when he tops the class".

Now, as I have aged and developed some patience, I have learnt that telling people what exactly I think about them isn’t always a great idea. (I tried that on Duterte and he sent a hit squad after me.)

So, I decided to tell him a little story, which I had recently read in a crime thriller written by Louise Penny and rather oddly called The Madness of Crowds.

The story is called the 100th Monkey. And this is how it goes.

Sometime in the 1950s, sweet potatoes were dropped on a Japanese island. The monkeys that lived on that island loved their taste but hated the fact that sand covered their food.

One day a young female monkey behaved smartly, went to the ocean, and washed the sweet potato. A few other monkeys copied her. But most monkeys continued to eat sandy sweet potatoes.

“That’s not much of a story,” my cousin interrupted.

He didn’t want any theory-sheory and waste his time on it. There was only one life and only so much time and money had to be made quickly.

Ignoring him, I continued.

After this, as Penny writes: “Something broke. By nightfall all the monkeys on the island were washing their potatoes.” In fact, it was soon discovered that monkeys on other islands were doing the same.

The anthropologists carrying out the study termed it as the hundredth monkey effect.

“So, what’s the point?” the cousin interrupted again. “100 monkeys or 99 monkeys, they are still monkeys. How does it matter?”

I almost felt like saying, it doesn’t matter because he was a monkey. But as I said earlier, it’s best to keep things to ourselves.  These days, especially.

Honestly, the number doesn’t really matter, but the broader point here is that after a tipping point is reached and a certain number of people start believing in an idea, it takes off, it explodes and takes on a life of its own.

“Is this really a theory?” the cousin asked, looking at us rather dubiously. “If I hadn't wasted time with you, I would have got three good money-making ideas on telegram by now.”

Well, to be honest, the theory has been questioned over the decades, I replied.

But then, who are we to come in between a good story and a ready listener.

“And what do you think about that IPO?” the cousin asked.

Dear Readers, we guess by now you must be scratching your head wondering where we are going with this. So, let’s get to the point.

The stock market is like an island. Investors are like innocent monkeys who inhabit that island. And if enough investors start behaving in the same way, by buying into an idea behind a stock, we reach a tipping point, like it happened on the Japanese monkey island, and the price of the stock shoots up. If more monkeys keep coming along, the price keeps going up.

Of course, since March 2020, investors have bought into multiple ideas that have been shared and a lot of money has been made. But the stock market is always about the future and not the past. And in the next few months a good number of initial public offerings (IPOs) by companies are lined up.

Many of these IPOs will be exorbitantly priced, with the promoters and their VCs, trying to make a quick buck, trying to take advantage of the high valuations that currently prevail.

The IPOs this week will be promoted big time by its investment bankers, the pink press, the business news channels, the social media influencers, the brokerage analysts and so on. They will do anything and everything to justify the high valuations.

One fashion-cosmetics retail company going public, has had brokers justifying valuations, based on 2041 earnings and I kid you not: "Fashion business is trading at just 10x FY2041 earnings", one broker wrote analytically in their IPO note. Recommendation? Subscribe. Obviously!

Stories will be told over and over again.

Because as human beings who have already made a lot of money in the last eighteen months, the prospective investors in the IPOs this week will prefer to be told stories that tell them that a lot more money will be made in the time to come. 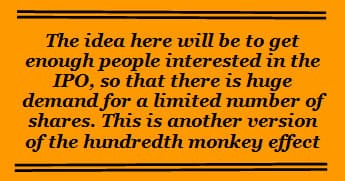 The idea here will be to get enough people interested in the IPO, so that there is huge demand for a limited number of shares. This is another version of the hundredth monkey effect. The insiders will talk up the IPO investing in the hope that many investors get interested and a tipping point is reached.

As far as the investors who invest after the IPO, it all depends on how many investors continue to be sold on to the idea behind the stock in the days to come. Of course, many times, this doesn’t end well. If you don’t trust us, do check out what happened to some of the big IPOs in 2008. I will leave that research up to you.

At the end of the day, why should I spoil what has been a good story after all. Let’s not let the facts come in the way and let the world label us as old fogeys who have been around for a while “with memories long enough, to have seen the play before and to know how it ends”.

Before you start wondering what happened to the cousin, he walked out saying: “This time is different”.

The trouble is it rarely is.

Or maybe it is.

Because I surely can't. 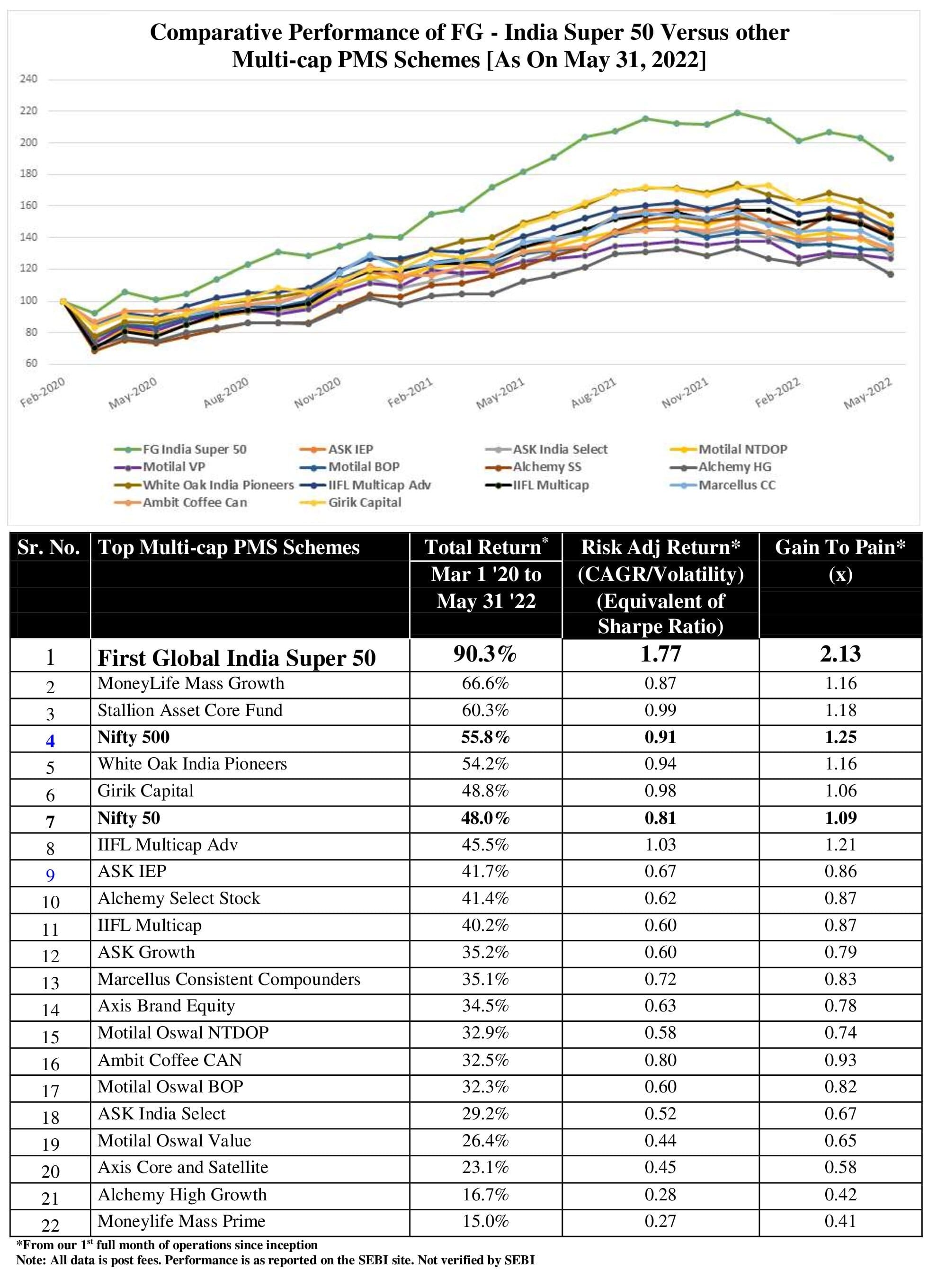 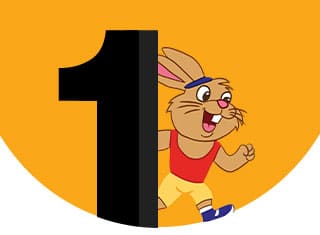 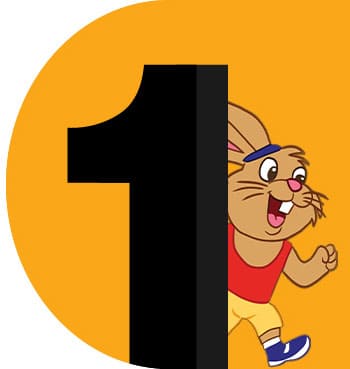